Newswise — University of Miami Miller School of Medicine researchers are about to start recruiting for the first U.S. clinical trial looking at treating Peyronie’s disease, a painful and agonizing condition common in men, with platelet-rich plasma (PRP).

Peyronie’s disease occurs when scar tissue develops in the penis, causing curved and painful erections, according to the study’s principal investigator, Ranjith Ramasamy, M.D., associate professor and director of reproductive urology at the Miller School.

“According to the literature, about 7% of men get Peyronie’s disease. While it’s unclear what causes Peyronie’s, it is thought to result from trauma or even intercourse, which causes slight but repetitive trauma to the penis in a man’s life,” said study coauthor Kevin Chu, M.D., incoming reproductive urology fellow at the Miller School.

The only treatments widely available to men suffering with Peyronie’s disease are surgery or an FDA-approved medication injected into the plaque, collagenase clostridium histolyticum, or Xiaflexâ.

“The published success rates on Xiaflex are that about 50% of men after a series of eight injections will respond by improving their curvature by 50%. Men who have a 60-degree curvature might improve by 30 degrees. Even those who respond are sometimes left with curvature and need for surgery,” Dr. Ramasamy said. “Many men will not consider surgery on the penis, so we need to develop alternative therapies.”

PRP is a regenerative therapy that uses one’s own blood to heal or cure underlying conditions. Providers draw a patient’s blood and put it into a centrifuge, which separates the blood’s platelets — a component of blood critical for blood clotting and healing.

“The greatest thing about the therapy is you’re taking PRP from the patients themselves, avoiding concerns about rejection or need for immunosuppression that can occur when using outside agents,” Dr. Chu said.

The resulting platelets and growth factors are antifibrotic, meaning they naturally prevent or block scar tissue formation. The thinking is that when providers inject a patient’s own PRP into penile scar tissue the platelets will work to naturally rid the area of scar tissue, reducing or eliminating the curvature, according to Dr. Chu.

“The field of regenerative therapy in sexual medicine has grown a lot in the last decade with shockwave therapy, PRP and stem cell therapy,” said Dr. Ramasamy. “But the evidence is lacking. A lot of clinics in the country are offering these therapies, unfortunately, with basically no data and nothing to back it up.”

“We’re studying penile curvatures between 30 and 120 degrees, which differentiates us from previous Xiaflex trials that only included men with up to 90-degree curvature,” Dr. Chu said. “Another thing that’s important is this study has a cross-over design, which means that by the trial’s completion every patient will have received PRP treatment.” 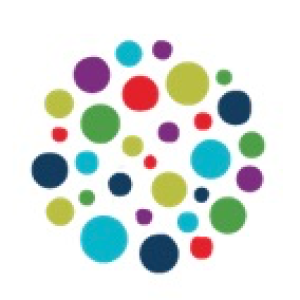